The antecedent of the draft of the project is the conflicts in the Middle East and the Mediterranean and the tensions of nationalism, xenophobia and racism in many countries of the European Union. Recently, the emergence of governments that have driven extreme racism and xenophobia such as Leganord in Italy and Fidesz in Hungary have damaged both cultural diversity and social peace throughout Europe with the slogan “Unity in diversity” as It will look long term. In addition, the increase in discriminatory discourses towards Syrian refugees and refugees in general in our country also plays a role in damaging social peace. The previous examples show the importance of the youth field in issues such as peace building, conflict transformation, human rights education and the fight against discrimination.

Objectives of the Project
1. Learn effective methods on conflict prevention and transformation by encouraging young people with creativity and participation.
2. Share youth practices, conflicts, experiences and interreligious and intercultural practices.
3. Raise awareness among participants about the use of tools that contribute to the development of interreligious and intercultural dialogue.
4. Raise awareness about risk factors in environments where conflicts such as multiculturalism may occur,
5. Examine the issue of conflict in a broader dimension in the framework of Human Rights.
6. Facilitate cooperation and networking among participants.
7. Develop the skills of the participants in the field of music and demonstrate their use in the field of peace.

The project activities took place in 1-9th of July 2021 in Alcalá la Real and finalised with the public concert.

You can see some images from the project below along with the video compiled within the project. 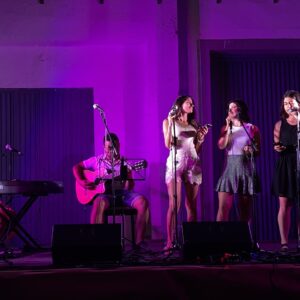 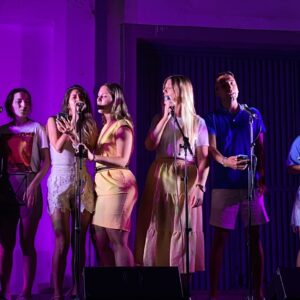 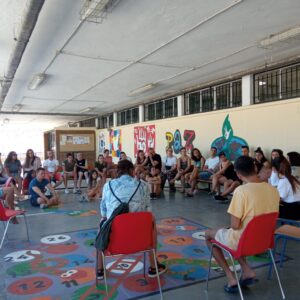 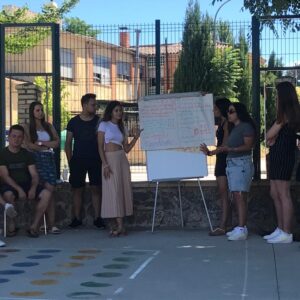